Today was the earliest day of the trip by far. We were on the bus driving to Our destination by 7am. In the morning we were scheduled to visit Cu Chi which is the general area of the biggest underground tunnel network of the Vîet Cong. There are nearly 200km of tunnels that the Vîet Cong held out in in Cu Chi. It is a quaint rural area with sparse population in some parts complemented by small developments in others. The part of the tunnels we visited were below a dense jungle and there were several partially underground hugs. While we were watching the introduction video we were greeted by a millipede longer than my entire hand. It crawled peacefully by my feet while I realized I have never seen anything like that before.

Next we approached some tunnels and had an opportunity to crawl around inside of them if we wanted. First was the entrance to the tunnel which was simply a 15x10 inch rectangle. We had the opportunity to enter the tunnel through this entrance which I took advantage of. First you remove the cover to the tunnel. Next you place leaves on top of the entrance so that it blends into the jungle floor. Finally you extend your arms fully above your head with the cover on the palms of your hands. As you go down the cover rests in place and disappears into the jungle floor. Below the entrance is a hole about 4.5ft deep and it turns into a ramp; the ramp reminded me of the ocean floor in the manner that it gradually goes deeper and deeper. This ramp leads to level one of the tunnel system which is about 3-9 feet deep (there are 3 levels).  The tunnel network was about big enough for me to crouch and walk as a method of transport. The tunnel size varied in girth and at one point I had to army crawl through a section. After emerging from underground unscathed we walked out of the jungle and got back on the bus. 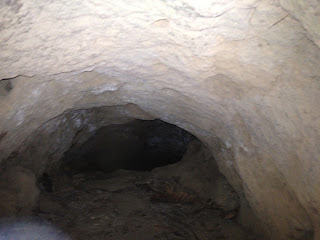 Cu Chi is about 1:30 outside of Ho Chi Minh City and as I mentioned before it is a rural area. There is a stark contrast between the lifestyles of the city dwellers and the rural farmers. Firstly they are poor which means they make below the national average of $1250usd per year. Secondly they make most of their money trough farming where a lot of the city is service based. Here are some pictures of the landscape. 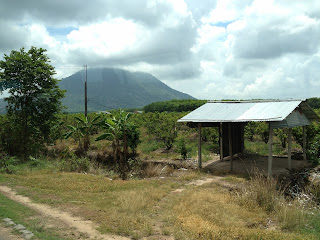 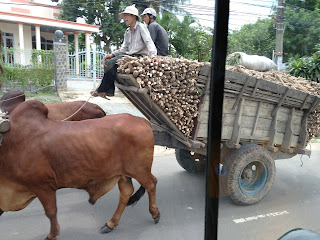 Our second and final destination on the countryside tour was a Cal Dai temple. Caodaism is a religion that exists mainly in this area of Vîet Nam. Its founders took elements from each major world religion and formed their own religion. Here is a view of the temple from a balcony. 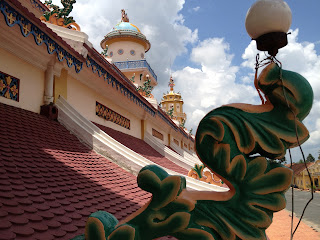 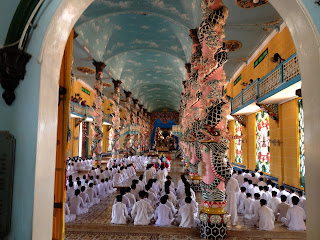 In the evening we went to purchase the last of our souvenirs and we went to dinner. Dinner tonight was at an italian restaurant that was very good. We had Creme Brulee for dessert and then outside the hotel we said good-bye to some of our friends for the last time. When we came inside, our suits were waiting for us! We tried them on and got some pictures. I’m waiting for the pictures from a friend, once i get them I will put them online. 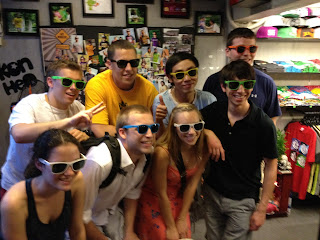